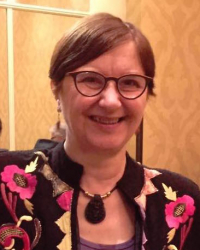 My teaching and research interests center on Greek intellectual history (broadly understood), gender studies, and the reception of myth in contemporary mass culture (especially film and television). My latest monograph, Helen of Troy: Beauty, Myth, Devastation (Oxford University Press 2013), focuses on the threat of female beauty, and Helen as an emblem of constrained female agency, in Greek myth and literature from Homer to Isocrates. I also recently co-edited (with Kirk Ormand) a collection of essays entitled Ancient Sex: New Essays, in the Ohio University Press series Classical Memories/Modern Identities (2015). My next major project (growing out of the Martin Lectures that I gave at Oberlin College in 2015) will be a book on the representation of Helen in popular film and television.

Previous books include The Play of Character in Plato’s Dialogues (Cambridge 2002), which argues for the significance of dramatic form and characterization for understanding Plato, and Helping Friends and Harming Enemies: A Study in Sophocles and Greek Ethics (Cambridge 1989), which approaches tragedy from the perspective of popular ethics. I have edited two special issues of Helios, entitled Queer Icons from Greece and Rome, and Ancient Mediterranean Women in Modern Mass Media (the latter with Mary-Kay Gamel). My translations of Greek tragedy, which are designed to help students read these dramas in their cultural context, include Medea (in Women on the Edge: Four Plays by Euripides, Routledge 1999) and Sophocles' Theban Plays (Focus Classical Library 2002).

My interest in drama extends to performance and I have been involved in a number of local theatrical productions, providing ancilliary material, for example, for the Seattle theater On the Boards and for the world-premiere of the flamenco dance piece Antigona. Professionally, I have held various offices in the American Philological Association and have a long-standing involvement with both the Women's Classical Caucus (whose email list I manage) and the Lambda Classical Caucus. I recently served as the lead organizer for the conference Feminism and Classics VII: Visions, which took place in Seattle in May 2016.