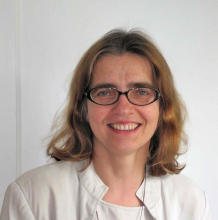 Barbara Hillers is an Associate Professor of Folklore and Ethnomusicology at Indiana University.

Her research focuses on international storytelling, oral literature and material culture of Ireland and Scotland, narrative charms and folk healing, the international ballad tradition and gender and women’s space in folk narrative and song.  She is co-director (Dr Sìm Innes, Glasgow University) of an online collaborative project Seanchas: The Global Gaelic Jukeboxand author and editor of numerous publications including Child's Children: Ballad Study and its Legacies(Wissenschaftlicher Verlag Trier) and two forthcoming books, Charms, Charmers and Charming in Ireland: Tradition and Innovation (co-edited) and The Medieval Irish Odyssey.

Among her publications are “The Medieval Irish Wandering of Ulysses Between Literacy and Orality”, “Ulysses and the Judge of Truth: Sources and Meanings in the Irish Odyssey”, “Cleas a' Choin Sholair: Aesop's Dog Fable in the Poetry of Sìleas na Ceapaich,” and “The Middle Irish 'Wanderings of Aeneas'.”

She describes her talk thus:

'The talk explores the channels of transmission that mediated Homeric subject matter in the medieval world. Around the year 1200, an Irish author composed a prose saga, The Wandering of Ulysses son of Laertes, purporting to tell the story of Ulysses’ journeys and his homecoming. I will argue that this unusual saga text is the product of a mixed milieu of learned and popular sources. The scholars and scribes of medieval Ireland took a great interest in Classical Antiquity, and the heroes of the Trojan War enjoyed considerable popularity in medieval Ireland. Irish translations and adaptations of several Latin texts, including the epics of Lucan and Statius, are among the earliest vernacular European adaptations of classical subject matter, some of which go back to the tenth and eleventh centuries. The adaptations show a remarkable freedom in the way they retell and reinterpret the source texts, none more so than The Wandering of Ulysseswhich draws on an intriguing web of oral and written popular sources and presents us with an original and spirited, if unorthodox, retelling of the Odyssey.'