Politics is for the Dogs: Diogenes the Cynic and Political Refusal (Simpson Center Lecture) 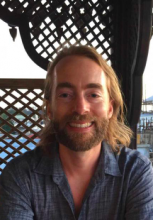 Recent work in anthropology, political theory, and cultural studies, has begun to examine an alternative to resistance in the politics of refusal. Refusal describes strategies of rejection, withdrawal, and confrontation that challenge political power and discourse without accepting the differential power relationships upon which these rest. In contrast to resistance, refusal rejects hierarchies instantiated by the resisting subject and instead prefigures an alternative to the current political order. From global actions for decolonization and self-determination to specific movements such as Occupy, the Movement for Black Lives, and Idle No More, the politics of refusal is rampant in the present political moment.

In this lecture, Joel Alden Schlosser turns to ancient philosophy and, in particular, Diogenes the Cynic to elaborate how these philosophers illustrate practices of refusal linking ethical concerns with the self to political concerns with the collective. Among these so-called “ascetics,” intentional practices like friendship, writing, and free speaking cultivated alternative social and political spaces, languages, and subjects rather than simply withdrawing. Diogenes the Cynic famously accepted the epithet of “dog” (kuôn) to underscore the radical critique of political conventions that he pursued. Making of this insult a term of praise, Diogenes also indicated how political life might transform itself – and thus the desirability of a politics for the dogs.

Joel Alden Schlosser is CHCI-ACLS Visiting Fellow in Residence at the Simpson Center for the Humanities and Associate Professor of Political Science at Bryn Mawr College. Previously, he held the Julian Steward Chair in the Social Sciences at Deep Springs College. He has published numerous essays on ancient political thought, politics and American literature, and pedagogy. He is also the author of What Would Socrates Do? Self-examination, civic engagement, and the politics of philosophy (Cambridge, 2014) as well as the forthcoming Herodotus in the Anthropocene (Chicago, 2020).