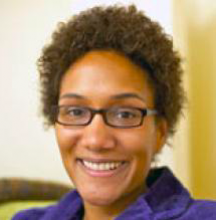 The works of ancient Greece and Rome are malleable partners in the culture wars, appropriated across the political spectrum. Meanwhile, Classics continues to debate the role of race, class, gender, sexuality, and nationality in the history of the discipline and the implicit and explicit ways in which these formations have informed classical scholarship. Recent debates have centered around the tension between two different approaches to diversifying classical scholarship: an immanent, esoteric critique that emphasizes contingency and plurality as inherent in classical scholarship, and an exoteric critique that brings theories from other disciplines and the apparatus of diversity scholarship to bear in the interpretation of works from ancient Greece and Rome. This paper opens up a dialogue between Thucydides’ analysis of ethnic stereotyping in the Atheno-Peloponnesian War and insights from the interdisciplinary field of diversity scholarship. At the heart of this dialogue are questions about the knowledge that is “proper” to individual academic disciplines, how disciplines reproduce themselves, and what it means to do diversity in the contemporary academy.

Emily Greenwood is Professor of Classics at Yale University. Her research interests include ancient Greek historiography, Greek prose literature of the fifth and fourth centuries BCE, twentieth-century classical receptions (especially uses of Classics in Africa, Britain, the Caribbean, and Greece), Classics and Postcolonialism, and the theory and practice of translating the “classics” of Greek and Roman literature. She is the author of Thucydides and the Shaping of History (Duckworth 2006) and Afro-Greeks: Dialogues between Anglophone Caribbean Literature and Classics in the Twentieth Century (Oxford UP 2010), among many other works.