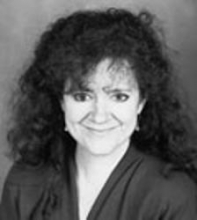 Empire! Taxes! Violation! Massacre! In the early years of his reign, the emperor Nero briefly considered withdrawing the legions from the new province of Britannia. Before he could do so, the stability of empire was shaken by revolt, as Boudica, a tribal queen pushed beyond her limits by the excesses of the Roman colonizers, exacted a horrifying retribution, with deaths in the tens of thousands. The revolt of A.D. 60 is presented by Romans as an example of power gone wrong during the hated Nero's anti-empire; the center of power is under the sway of the emperor's atrocious whims, the ruling elite in thrall to the emperor's desiring, irrational body. Meanwhile, on the fringes of empire, Roman military might is disrupted by Boudica, a barbarian who nevertheless lays claim to nobility and ancient traditions, a woman whose leadership transcends the physical limitations imposed by gender, a queen who champions the liberty Romans found antithetical to the very concept of monarchy. In the post-Roman period, Boudica, or Boadicea, becomes a key element in constructing British national identity; the meaning of Boadicea’s body, her sexuality, and her “barbarism” shift with different interpretations of gendered power and of the role played by Rome in Britain’s origins. This talk explores a number of representations of Boudica, from Roman to modern times.