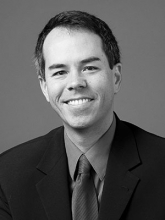 Stretching from the Aegean Sea to the Indus valley, the empire of Achaemenid Persia (550-330 BC) was the first global power.  To defend their realm, the Great Kings of Persia mustered a diverse array of professional and part-time soldiers, including Iranian cavalrymen, Babylonian archers, and even Greek mercenaries.  This lecture explores warfare in ancient Persia using evidence from royal inscriptions, excavated documents, tomb paintings, sculpture, and other sources, with particular attention to the equipment, training, and martial values of the empire’s warriors.

John W.I. Lee is the author of A Greek Army on the March: Soldiers and Survival in Xenophon’s Anabasis  published by Cambridge University Press in 2007, and nominated for the Runciman Award, a number of articles on the Greek experience of battle, and a series of lectures on the Persian empire for the Great Lectures/Teaching Company.

Click here for directions and a map of the UPS campus.