'Sex and Other Things Sell: Athenian Potters and their Foreign Consumers' 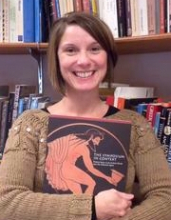 This lecture will explore how the foreign market for Athenian vases impacted production choices of the Athenian potters. In order to provide a vivid example of the problem, we will first examine erotic images of heterosexual couples on Athenian black-figure and red-figure vases produced from about 525-450 B.C. While these pots are certainly made in Athens, they are found only in Etruria. We will consider why the Athenians marketed these images to the Etruscans, and in turn why the Etruscans may have appreciated them. No clear answers exist, but considering intention and reception of the images does underscore that the Athenian potters were businessmen who aimed to sell pots.

In order to understand how the export market differed from the domestic pottery market, we will also examine pottery found in genuine Athenian houses. It turns out that pottery used by Athenians had simple, “genre” scenes. There is no sign of heterosexual intercourse and very few examples of mythological scenes.

Finally, we will review some famous Athenian vases that were found in Italy, mainly in Etruscan tombs.

Short bibliography and/or website on lecture topic (for lay reader):