Alex Betz reports on his summer '19 work in Mallorca, Spain as part of the LEIA project

Alex Betz, a double major in Biochemistry and Classical Studies, participated this past summer in a program in Mallorca, Spain as part of the Landscape, Encounters, and Identity Project (to learn more about LEIA, click HERE).  A Jim Greenfield Travel Bursary from the Department of Classics provided Alex with financial assistance to enable his participation in this program and additional travel to Rome.  We share here his report:

One hundred miles to the south of Barcelona lies the island of Mallorca, a Mediterranean isle that has served as a major trading hub for the region since the early iron age. Over the summer of 2019 I had the chance to visit Mallorca myself as a student with the LEIA (Landscape, Encounters, and Identity Anthropology) project. Our primary goal was to use GPS mapping and photo arrays to construct and contextualize these structures with their surrounding landscape. Our field work was focused on modeling iron age monuments called Talaiots, or “watchtowers,” that dot the rugged hilltops of the island. These structures were built as early as the first millennium and have remained relevant throughout the island’s history. For example, the Talaiots were later used as civic centers by Roman colonists. Bookending my experience in the Mediterranean was my short stay in the eternal city itself. Standing in the Roman Forum and knowing that I was sharing a space where once long ago the towering figures of antiquity had stood was something I will never forget. As a closing thought, I must recognize and give my thanks to the Classics department here at UW. My ability to participate in this project was in large part thanks to them. To anyone considering study abroad as an option, I would say “go for it!” I can think of few experiences in my life as enriching. 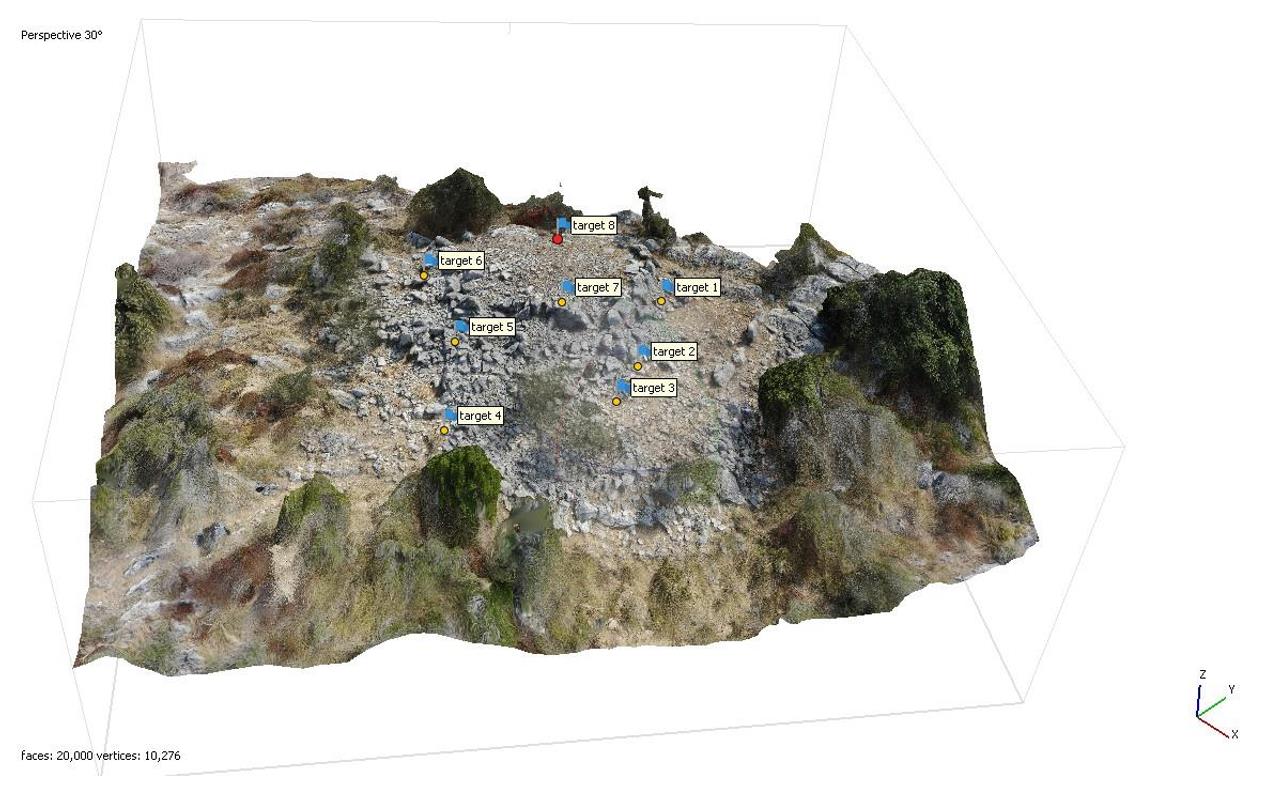 This is a render I helped to create of the monument known as Taula des Moro. The targets designate reference points that were used to overlay the photo array onto a geometrical surface.