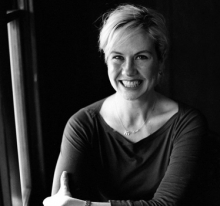 As part of UW's upcoming Parent and Family Weekend, three days of programming showcasing the wealth of experiences available on campus, Professor Stroup is representing Classics with a presentation titled 'War Games! Sport, Spectacle & Violence in the Ancient & Modern Worlds' on Saturday April 8 at 11 am in Kane 210. Her course on this subject regularly draws a large crowd of students. As she says, 'Greek athletic games and Roman gladiatorial shows each developed — in different ways — out of the realities of warfare in the ancient world. America’s favorite sports, from the “one winner” model of the Olympics to the “team” model of football, are the descendants of these ancient war games. But whereas athletics formed the core of Greek citizen education and cultural identity, the gladiatorial shows of ancient Rome reveal a world obsessed with the display of violent power at any human cost. When we look at the war games of our past, we learn a great deal about our present.' Thank you Sarah for sharing your expertise and spreading the word about UW Classics!    See more here.