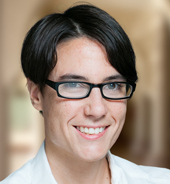 We are delighted to report that Professor Sarah Levin-Richardson, who will be joining the faculty in the Department of Classics this coming fall, has been awarded a 2014-15 Rome Prize to the American Academy in Rome.  One of the most prestigious awards of its kind, the Rome Prize is awarded annually "to approximately thirty individuals who represent the highest standard of excellence in the arts and humanities."  To read more about the Prize and this year's recipients, including Sarah, please click here and/or here.

Sarah received her PhD in Classical Archaeology from Stanford University in 2009, where she studied in both Classics and their well-known Interdisciplinary Program in Archaeology.  Her undergraduate degree was in Classical Archaeology and Political Science at the University of North Carolina at Chapel Hill (2003).  Upon receipt of her PhD, and following a year teaching here at the University of Washington, Sarah was awarded a Mellon Postdoctoral Fellowship at the Humanities Research Center at Rice University (2010-12).  She was subsequently hired in 2012 as an Assistant Professor in the Department of History at the University of San Diego.  Her research is focused broadly on Roman art and archaeology, with specialties in gender and sexuality, Latin graffiti, and the reception of the classical past.  We feel very fortunate that Sarah will be joining the faculty here at the University of Washington and look forward to having her here in Seattle after what promises to be a very exciting and fulfilling year at the American Academy in Rome!