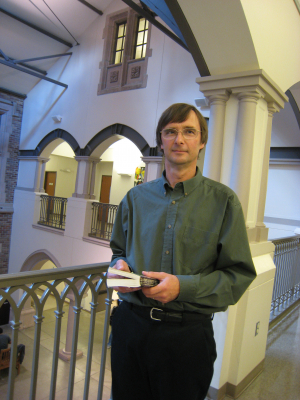 Professor Stephen Hinds has won a prestigious National Endowment for the Humanities Fellowship for University Teachers, which he will take in the 2014-15 academic year.  The official NEH project title is Latin Literature’s Resonance in Other Languages and Traditions, though the working title of the planned book is Poetry across languages: literature, literalism and the Latin tradition.

The official press release announcing the awards may be found here; there is a link on that page to a pdf listing by state all awards (including Stephen's).

Stephen provides the following description of the book:

"I plan a study of the cross-linguistic and intercultural relations of poetic writing in Latin, within antiquity, between antiquity and modernity, and even at times within modernity.  Discussions will reach back in time to Homer and forward to late antiquity, the Middle Ages, the Renaissance, and beyond."