CLAS 328 A: Sex, Gender, And Representation In Greek And Roman Literature 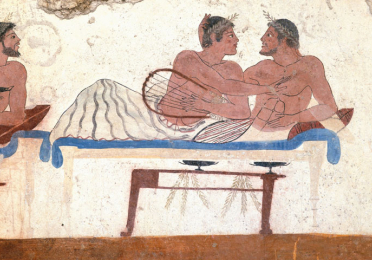 CLAS 328: Sex, Gender, and Representation in Greek and Roman Culture

This class explores how the categories of gender and sexuality were defined, represented, replicated, and policed in ancient Greece and Rome. What were the expectations for proper male and female behavior in Greece and Rome? What were considered appropriate sexual objects and sexual acts? How were men and women, and their gender and sexual roles, represented in literature? How did the Greeks and Romans make sure that the boundaries of these roles were maintained?  No prior knowledge is needed.

The required textbooks (below) can be found at the U bookstore, amazon.com, and other book sellers for about $40 total; be sure to get the SECOND edition of the Ormand text!