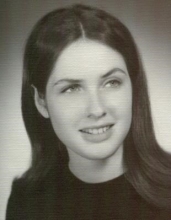 We are saddened to report that Rochelle Snee, who earned her M.A. and Ph.D. at the University of Washington, passed away during 2020.

Her research focused on religious and political developments in Byzantium.  She served on the faculty at Pacific Lutheran University in Tacoma for many years and is also fondly remembered as an active member of the Classical Association of the Pacific Northwest.

We wish to include here in its entirety the obituary which appeared in the Seattle Times on Nov. 22, 2020:

Rochelle was a 1965 graduate of Dulaney High School in Lutherville - Timonium, MD. She earned her B.A. degree at the University of Maryland at College Park, majoring in Classical Studies under Wilhelmina Jashemski. She attended the University of Washington, where she earned both an M.A. and a PhD in Classics with a concentration in the Byzantine Period.

As a Classics scholar, Rochelle had many opportunities for both study and travel. She had fellowships at Colby College in Waterville, ME, to work with fellow classicists Dorothy Koonce and Peter Westervelt; and in Washington, D.C., she continued her study of Byzantium with fellowships at both Dumbarton Oaks and Catholic University. In Rome she translated ancient Greek documents in the Vatican Library; in Jerusalem she read ancient manuscripts available only to those with special permission; in Istanbul she researched for an article on Gregory Nazianzen's Anastasia Church. She was on the faculty of Pacific Lutheran University, where she taught ancient Greek, Latin, and imbued students with a knowledge of ancient history.

Served as chair of the Language Department for several years and accompanied Egyptologist Donald Ryan on several trips to Egypt to provide students with an understanding of Roman sites existing there. She took PLU students to archeological sites in Greece. She visited ancient sites in Britain, France, Morocco, and Tunisia. She also researched in Belgium and at Columbia University in New York. Rochelle greatly valued the archeological tours created by The American School of Classical Studies at Athens and The American Academy in Rome.

Through the years, she published articles on Valens' recall of the Nicene exiles and Gregory Nazianzen's Anastasia Church in Constantinople. She was preparing to publish an article on the life of Oikonomos Marcian at the time of her death.

Rochelle was a wonderful cook who loved to create gourmet meals for guests. She was known for her mincemeat pies, which always graced her Thanksgiving table. In addition to travel and cooking, she enjoyed reading, theater, opera, ballet and ancient art.

Rochelle is survived by her husband, Joseph Knee, of Burien, WA; her father, John J. Snee, of Salisbury, MD; her sister, Christine L. Snee, of Towson, MD; her brother, Joseph M. Snee, of Salisbury; her sister-in-law, Ruth Snee, of Hatboro, PA; her nephew, John G. Snee, and his wife, Tara, of Albuquerque, N.M.; her niece, Arden Snee, and her husband, Bill Hornung, of Fayetteville, N.C.; her sister-in-law Alice Miller and her husband Fred Miller of New Jersey, her niece Melissa Miller of New York, and her nephew Jonathan Miller of New Jersey; her great-niece, Ella Rose Snee, of Albuquerque; her godson, Steven Kodama, and his brothers, Sandro and Paul Kodama, and their families of Seattle.

She was preceded in death by her mother, Marian E. Snee, and by two brothers, Thomas E. Snee and David W. Snee.

Because of the coronavirus pandemic, a funeral could not be held. She was buried in Staten Island, N.Y., next to her paternal grandparents. A memorial service will be held there at a later date.