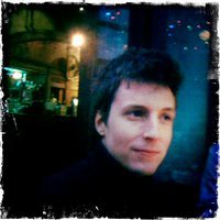 Alum Trevor Layman (BA in Classics and History '09) has been keeping busy.  After earning an MA in 2012 in Archaeology and the History of Art from Koç University in Istanbul, Trevor traveled to Antarctica to the McMurdo Station for Summer 2013-2014, where (among other things) he taught Latin.  Many of you attended Trevor's marvelous Lunctime Colloquium last spring when he reported on his experiences in a talk called 'Terra Australis Incognita: Tales of the Antarctic Latin Club'.  Upon returning to the Pacific Northwest Trevor this fall took up a position as Latin teacher and cross country coach at Overlake School in Redmond.

"On the eve of the Fourth Crusade, Constantinople was a medieval cosmopolis. Western merchants and Crusaders shared the streets with Byzantines, who endowed “New Rome” with complex literature and architecture. On the night of July 25th 1197, a fire began in a seaside granary and quickly spread inland, laying waste to much of the city and leaving behind only rubble and soot. Konstantinos Stilbes, a teacher and clergyman, composed a poem lamenting the disaster, hailing it as divine judgment for the sins of “New Babylon.” The poem offers clues to the nature of Constantinople's built environment, alluding to mansions, monasteries, coastal roads, and churches destroyed in the blaze. The poem is also a witness to the breadth of 12th century poetic Greek, interweaving medieval neologisms with Homer and the Septuagint. This book presents the Greek text of the poem together with a facing English translation and detailed commentary, and includes chapters dedicated to Stilbes, the poem's metrics, 12th century intertextuality, and the history of fire on the Golden Horn from Constantine through Ottoman times."

You may learn more about the book -- and purchase it -- by clicking here.  Congratulations, Trevor!