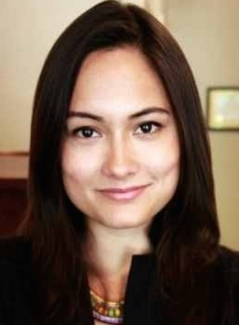 In 2008 Lauren Du Graf earned her BA in Comparative Literature at the UW, though she also took many classes here in the Department of Classics, with a minor in Latin, and indeed was one of our more accomplished students.  The following fall Lauren entered the graduate program in English and Comparative Literature at the University of North Carolina at Chapel Hill.  Not surprisingly, Lauren's academic success has continued in graduate school.  Currently at work on her dissertation on 'Little Magazines and Literary Salons: The Transatlantic Modernism of Charles Henri Ford', Lauren was the recipient of a prestigious humanities fellowship to the Harry Ransom Center at the University of Texas at Austin, where she spent the past year working on her project.  This summer Lauren is a Fellow at Emory University's Manuscript and Rare Book Library (MARBL). And during the 2014-2015 academic year, she will hold a year-long fellowship given in memory of the pioneering comparatist (and
ACLA/ICLA co-founder) Werner Friederich.  She will use the funding to spend the fall working and researching in France and Switzerland,
including a two-month writing residency at the Camargo Foundation in Cassis, France.

Our congratulations to Lauren and best wishes for continued success!

To read more about Lauren and her work, click here.