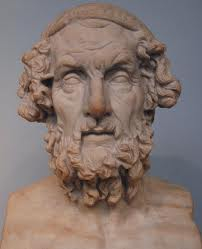 I am taking part in the CHS (Center for Hellenic Studies, Washington D.C) Kyklos project, designed to foster graduate research on the Epic Cycle. To participate in the project, the graduate students work on essays with support from an advisor at their home institution and present their work at the annual international videoconference. One of the international group of faculty acts as a respondent and the student receives input from an advisory committee, which consists of several participating scholars. The group of scholars who participate in the project and will take part in this year's videoconference includes leading scholars in the field, such as Jonathan Burgess and Barbara Graziosi. At the end of the process, the essays will be published electronically on the CHS website. This year I serve as an advisor to Ed Bertany, who will present a paper entitled "Slaughter at the Altar: The Career of Neoptolemos at Troy in the Epic Cycle and Beyond." I will also serve as a respondent to a student's paper from another university. Two more of our graduate students have expressed interest in participating and will present at next year’s conference.