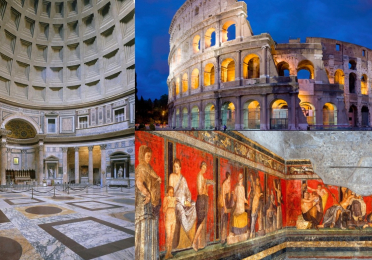 This class explores the art, architecture, and archaeology of the ancient Romans, including their most famous sites and monuments (such as the Colosseum and the Pantheon) as well as the art and objects that illuminate society (including women and slaves) more broadly. This course progresses from Rome’s hut dwellings of the 8th century BCE, through the height of the Roman Empire across Europe, Africa, and the Near East in the 2nd century CE, to the transformation of the Roman Empire into the Byzantine Empire in the 4th century CE.

The required textbook for this class is listed below and can be purchased or rented from amazon.com and other sites, as well as from the U bookstore (Renting the e-book from amazon is about $25).