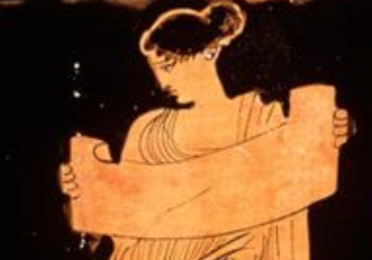 Black-figure Amphora with Achilles and Ajax playing a game.

Welcome to ancient Greece! First year Greek courses give you direct access to the thoughts and writings of the ancient Greeks and allows you to explore the dynamic and often dangerous cultural, social and political world in which they wrote. In Accelerated Greek 300, we will cover Lessons 1 – 26 of From Alpha to Omega. You will learn to write the Greek alphabet, to recognize and form Greek nouns and verbs, and to translate sentences and short paragraphs in classical Greek. Through daily activities, you will encounter Greek as a literary language, its philosophy, its poetry, its history, its drama, and more.