CLAS 210 A: Greek and Roman Classics in English 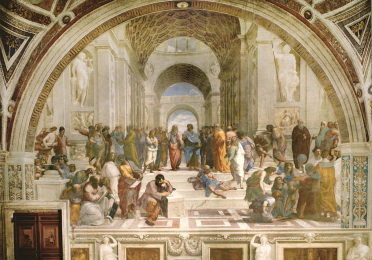 Epic, history, philosophy, tragedy, comedy, lyric: invented or reinvented by the Greeks and Romans, transmitted from the ancient Mediterranean to modern world literature. Whether you are completely new to this material, or looking to connect texts already read with texts not yet read, in this course we will explore some fascinating examples of literature and thought. Homer and Virgil; Aeschylus, Sophocles and Euripides; Herodotus and Tacitus; Catullus and Ovid; Sappho, Plato and more: great authors who have been shaping great conversations for over 2000 years.  Three lectures each week, team-taught by the entire faculty of the Department of Classics; twice-weekly discussion sections in which you will find out how these texts talk to each other and how they can talk to you. This course will also be offered in Autumn Quarter 2019.

Students in previous quarters have said:

"The different lecturers was an incredible way to run the class. I loved hearing from new people on different topics."

"It was insightful and interesting and different from my previous classes."

"It was both entertaining and educational to read so many classic plays/poems and tragedies from both Greek and Roman literature."

"I enjoyed all the stories and it expanded my knowledge of Greek and Roman mythology."

"I enjoyed the analysis and comparison of ancient works.  It was interesting to see the parallels between ancient works and modern topics."

"I enjoyed being able to learn more about Greek and Roman history."

Grades are determined as follows:

Classics 210 Website:         course syllabus and readings will be available on Canvas

Apollonius of Rhodes, Jason and the Golden Fleece,  trans. Hunter

Plautus, The Pot of Gold and Other Plays, trans. Watling

Lucretius' On the Nature of the Universe  trans. Englert